I wrote two new books! You can find “Cooper’s Crutches” and “Chloe’s Cookies” on Amazon in paperback and Kindle formats. 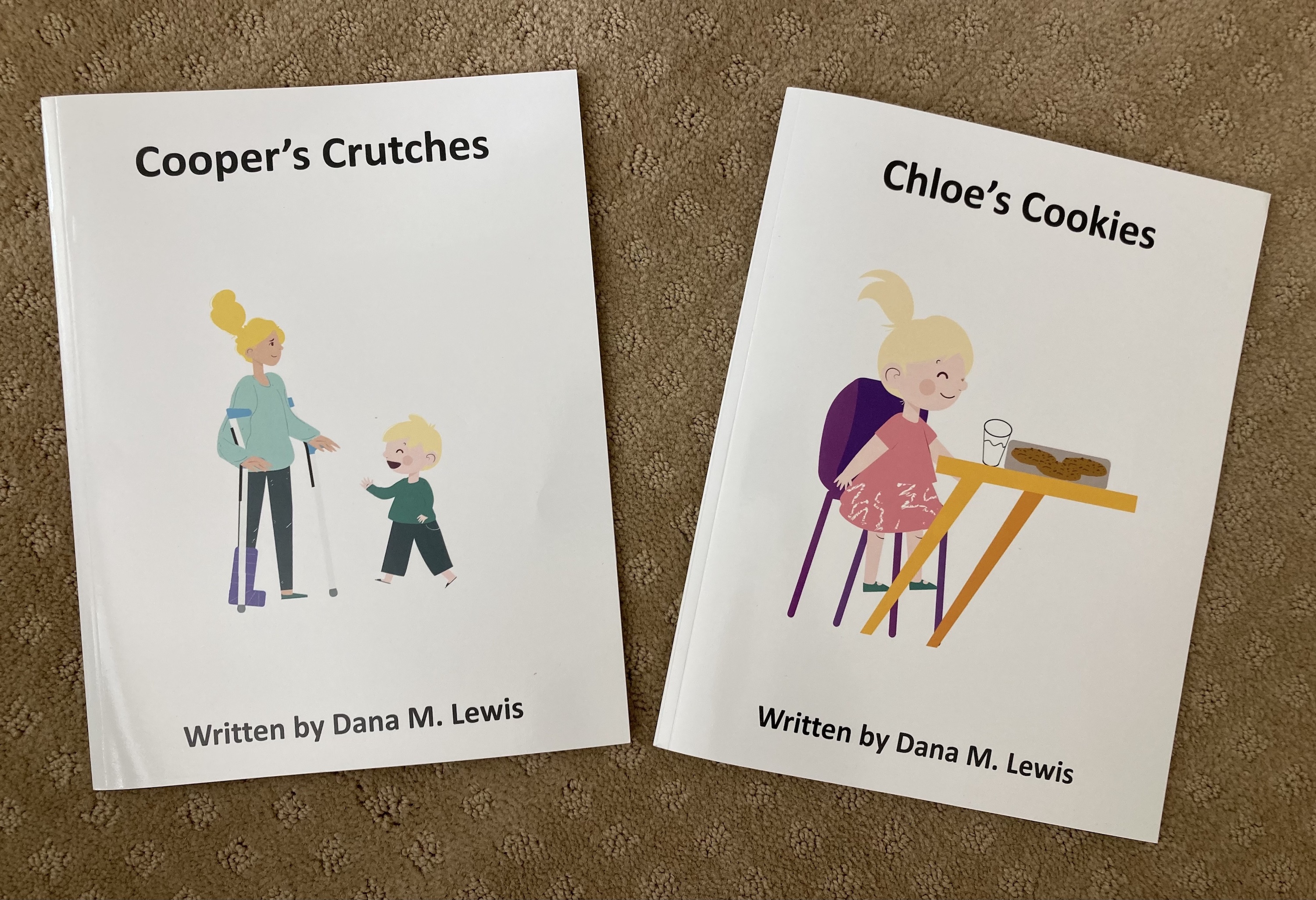 One of these books I wrote years ago, about a month or so after I broke my ankle, inspired by the initial reactions from one of my nephews about me being on crutches. This new book is called Cooper’s Crutches.

I let it sit for several years, though, because I didn’t have illustrations for it. I’ve used a different illustrator or artist for each of my books so far.

A few weeks ago, though, I started thinking about experimenting with AI-driven illustrations for various projects, including wondering whether I could illustrate a children’s book or other projects with it.

The answer is: not yet. It’s hard to create a character who persists throughout image generation for enough scenes that can fit a two-dozen page storyline, although it would probably work for one or two images! (Especially if you managed to AI-illustrate a character that you could then place in various AI-illustrated scenes. The challenge is also having different poses for the same character, to illustrate a story.)

It then occurred to me to search around and I stumbled across a library of free, open source illustrations. Woohoo! Maybe those would work. Actually, I couldn’t even download that one due to a bug in their site, so I started searching (now that I knew to look for it) and found several other sets of illustrations. I even found a site called Blush that had a series of illustrations by various artists, and a web interface (GUI) that allowed you to modify images slightly then download them.

It’s like paper dolls, but digital – you can adjust the coloring of the hair, hair style, accessories, etc to modify the illustrated character.

I gave it a try, building some illustrations and downloading them. I then did some DIY-ing again in PowerPoint to modify them to help illustrate the full story in my children’s book. I printed a proof copy, but the versions I had downloaded for free were too low resolution and were fuzzy. However, the idea as a whole had worked great! I signed up for a free trial of the “Pro” version of Blush which enabled me to download both high-resolution PNG (image) files as well as SVG files.

Having SVG files theoretically would enable me to further modify and customize these, but as a non-illustrator even though I could load them in Figma and modify them, I still struggled to export them as high-enough resolution to work for printing in a book. I gave up and went back to DIY-ing the modifications in PowerPoint. They’re not perfect, but for the use case of my books (for a very small, niche audience), I doubt they care that they’re not perfect.

Here’s a selection of a few of the pages (not in order) in Cooper’s Crutches:

But like all of my children’s books, inspiration again struck based on a situation and conversation I had with one of my nieces. She’s newly lactose intolerant and is taking lactase any time she has milk, like with milk and cookies for a bedtime snack. Lactase is an enzyme…and I’ve been taking enzymes of another sort this year, for exocrine pancreatic insufficiency.

Here’s a selection of a few of the pages (not in order) in the book:

Both Cooper’s Crutches and Chloe’s Cookies are illustrated with illustrations from a variety of artists who make their work available on Blush, including: Veronica Iezzi; Susana Salas; Pau Barbaro; Ivan Mesaroš; Mariana Gonzalez Vega; Deivid Saenz; and Cezar Berje.

The neat thing about Blush is their license: you can use the illustrations in any way, including commercial products, and you can modify or combine it with other works (like I did, modifying the images and combining illustrations from various artists) however you like.

I think I’ve likely maximized my use of Blush between these two books; unless other collections get uploaded in the future. But if you need a handful of illustrations that you can customize, definitely check it out!

And if you have ideas for other cool illustration libraries that I could use for future books, please let me know! (Or if you’re an artist who would like to contribute to one of my future books.

I have two new children’s books, and you can find “Cooper’s Crutches” and “Chloe’s Cookies” on Amazon in paperback and Kindle formats. 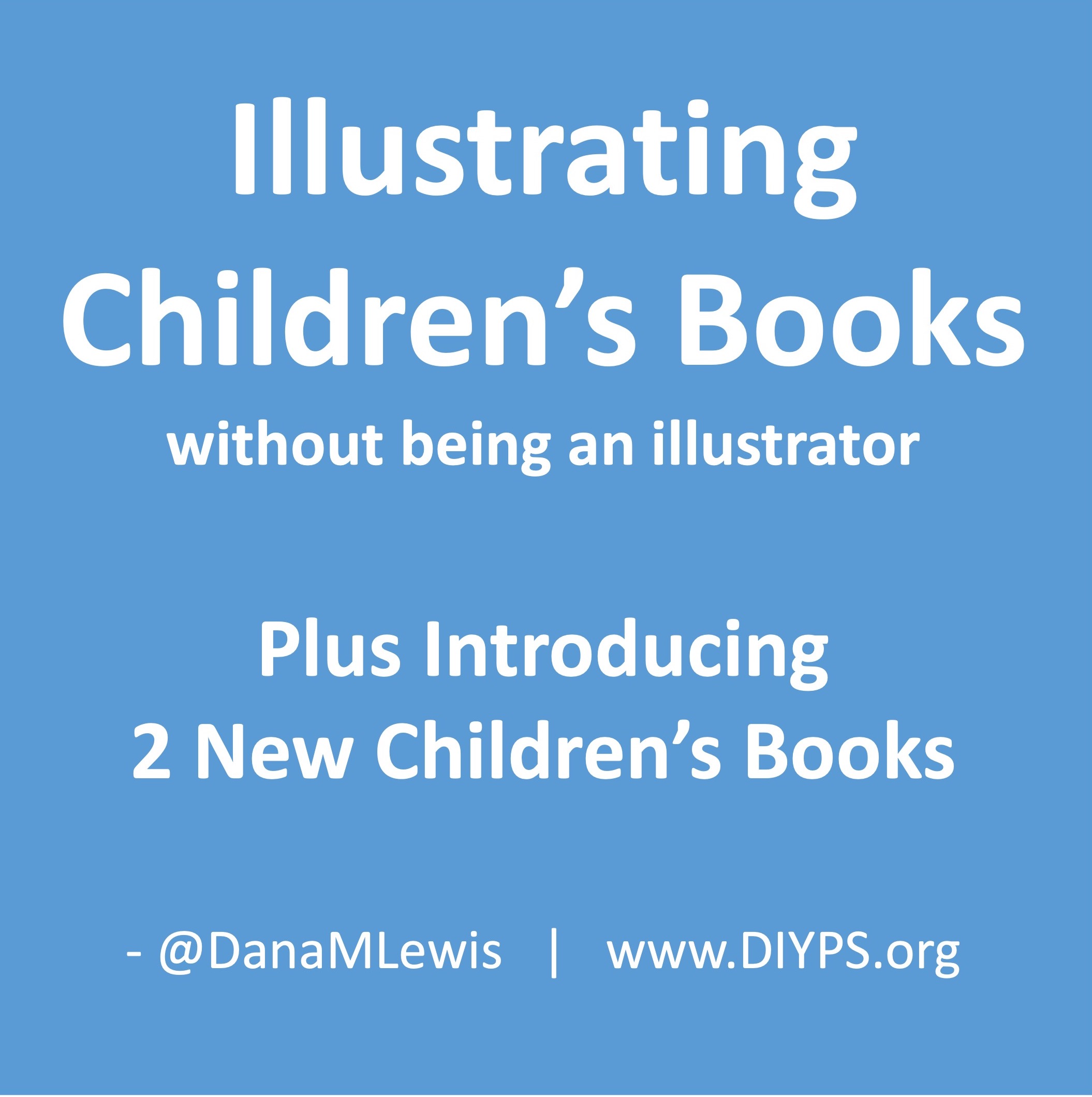