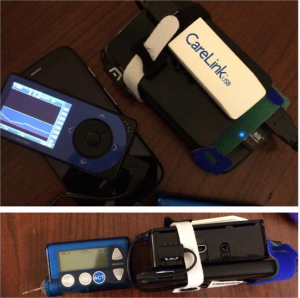 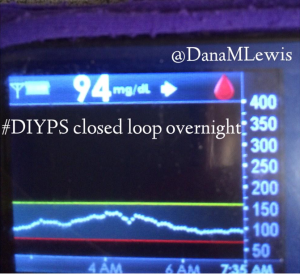 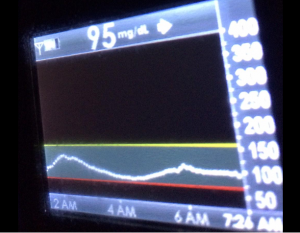 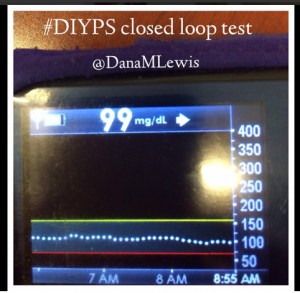 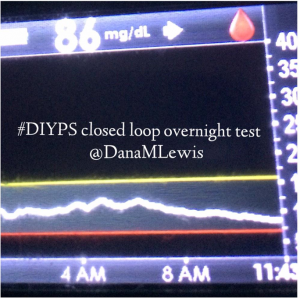 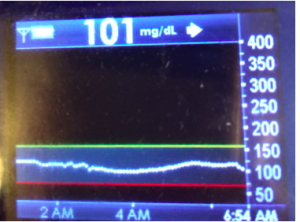 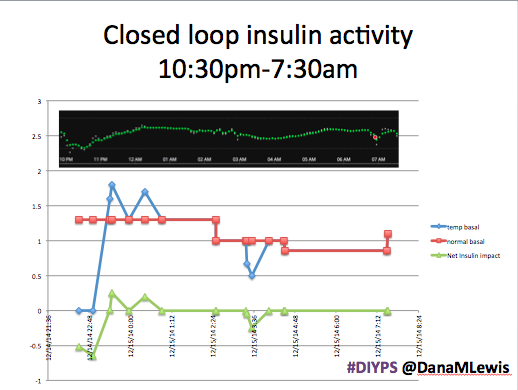 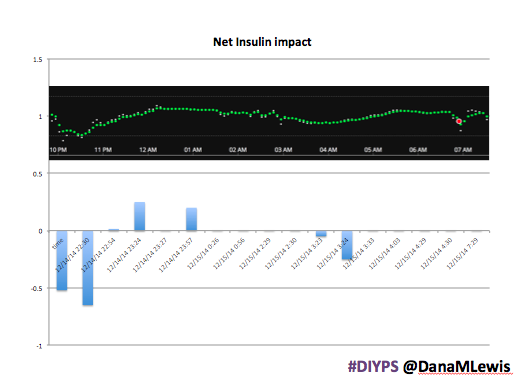 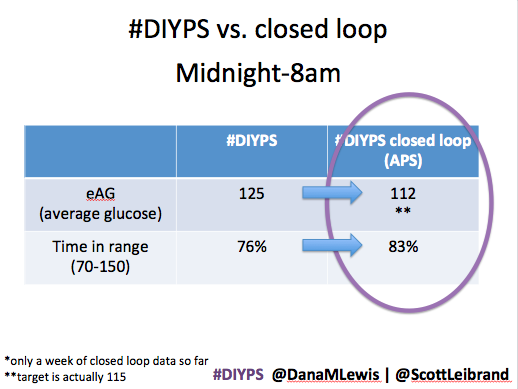 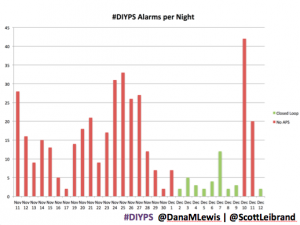 As I’ve said many times, last year we set out to create a louder CGM alarm system. By adding “snoozes” so I didn’t drive my co-investigator crazy, we realized I might as well enter what I was doing, and be precise about it (aided by some quick bolus and quick carb buttons that made data-entry not the chore that it sounds). Thus, we had the data and the brains to realize that this made for some great predictions; much better than what you usually see in diabetes tools because they rely only on your insulin sensitivity factor (ISF) and correction rate, but don’t take into account carbs on board and their impact over time, etc. 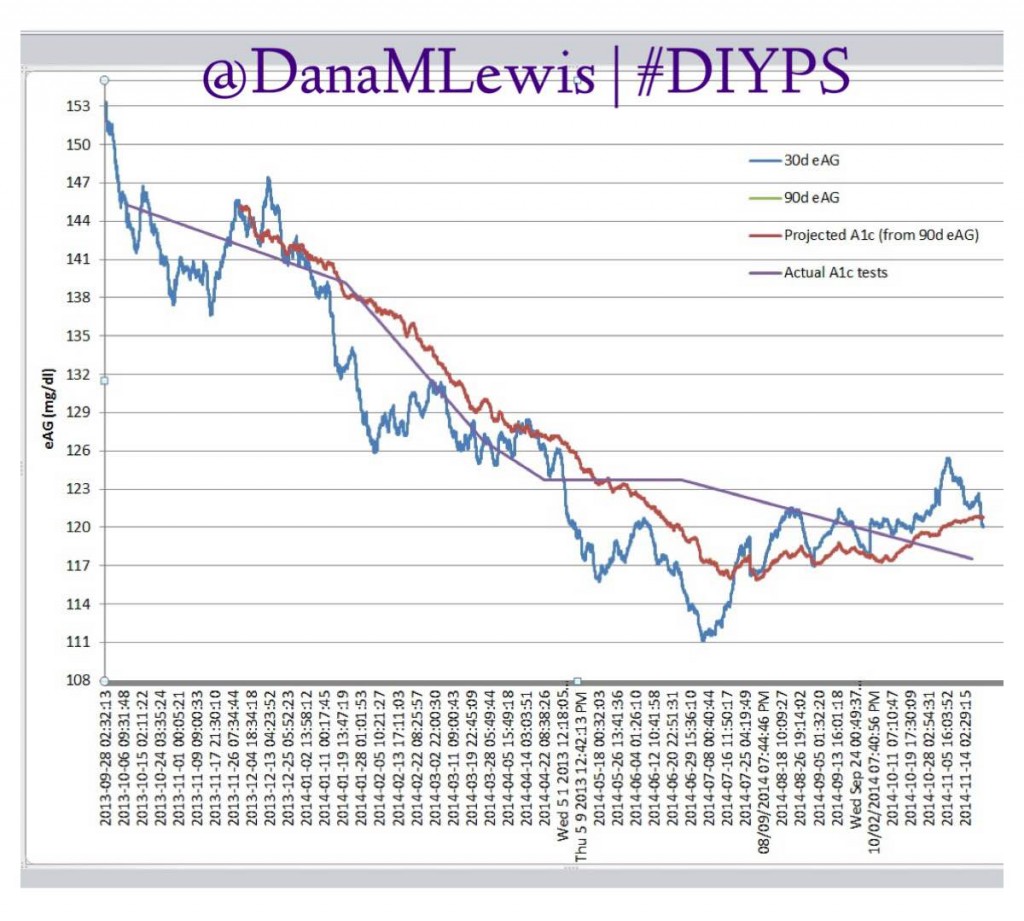