I have a favor to ask of you, especially you as a person who is not living with diabetes.

On day 1 of diabetes awareness month 2022 (also known as today), I saw a tweet. Someone posted a picture of some snacks and asked what people thought it was.

The original tweet’s author replied with a laughing emoji.

I saw it, sighed, and clicked away.

Then I clicked back to it. And typed: Diabetes “jokes” aren’t funny.

I’ve lived with type 1 diabetes now for more than 20 years.

It’s not because of what I ate as a kid. It has nothing to do with what I ate before or what I eat now.

Most cases of diabetes, in fact, are not the direct result of individual behavior (such as what we choose to eat), and result from a complicated combination of genetics, immune system shenanigans, and numerous factors outside of people’s control (such as the environment in which they live). Diet changes can sometimes delay the onset of type 2 diabetes, but diet is never the sole cause of it, and usually not even the dominant factor.

But unlike cancer or asthma or numerous other life-altering chronic diseases, diabetes is a punchline in society.

It’s treated as something you can judge and shame other people for. It was 20 years ago and it is today.

Probably hundreds if not thousands of times, people are out there making diabetes jokes.

So here’s where the favor comes in that I’d like you to do for me, especially those of you reading this who don’t have diabetes, when you see someone making a diabetes “joke”.

Speak up. Say something. Anything. Don’t look away.

Say, “please stop” or “Diabetes “jokes” aren’t funny” or “Why are you stigmatizing people?”

Because these are in fact stigmatizing comments. It impacts us in ways you can’t imagine, from our day to day lives (people trying to restrict our food or tell us what we can eat) all the way to the fact that these pervasive, stigmatizing attitudes are so internalized, even by healthcare professionals, that they actively cause harm when we seek healthcare in the healthcare system.

So please, say something. Advocate for and with us. Be our allies. Speak up, and give us a break. We don’t get a break from diabetes. We sometimes get burnt out from advocating for ourselves and keeping ourselves alive. That is a lot of work, as is advocating. But it would be great if we got a break from the “jokes” that aren’t jokes.

That’s something you can do for diabetes awareness month, and every month, that will make a meaningful difference for people living with all types of diabetes.

–
(PS – For what it’s worth, those snacks being tweeted about were actually for running an ultramarathon, which takes a lot of snacks. And people with diabetes, like me, can eat snacks and run an 82 mile ultramarathon.) 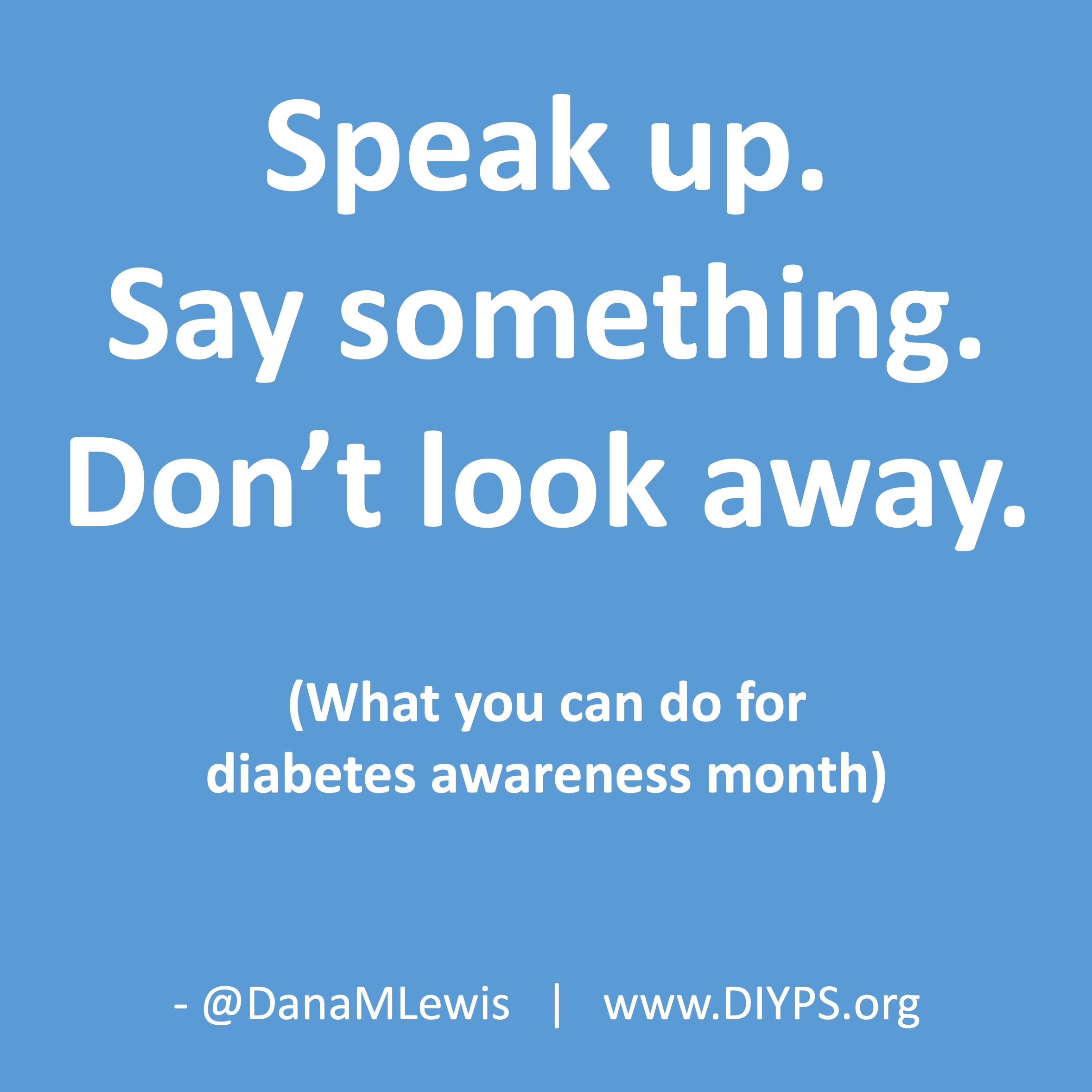